Get the latest creative news from FooBar about art, design and business.

The importance of RFID technology for the logistics area

6 Technologies that are creating a digital revolution 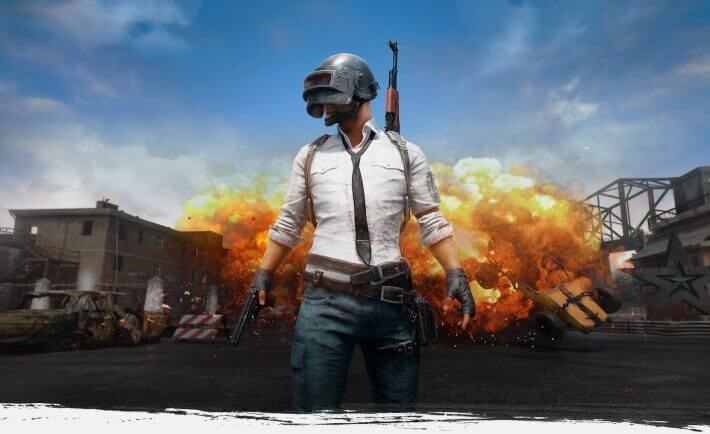 Soccer, racing, strategy, action games and more. Learn about the options for fun and challenge beyond consoles.
PC games arouse love and hate from irreconcilable positions, but none of this matters to fans, who can spend hours fighting endless challenges against friends and strangers from all over the world. For them and for those who want to enter this vast universe, we share this guide with the best online games for PC this season.

We list the most popular online games of the year, chosen by millions of players , and then delve into some of the best in recent years:

Mass Effect: Andromeda
He stomped last year and is still among the top. It rebooted the action-adventure RPG that fans loved so much. “Mass Effect: Andromeda” puts you in the shoes of an elite soldier, explorer and guide in the task of finding a new home for humanity in an unexplored galaxy.

The visual improvements are remarkable, powered by its Frostbite graphics engine with resolutions up to 4K and a brutal graphic quality.

For novelty, the classic. And a clear example of this is the Age of Empires, which celebrated its 20th anniversary since its first launch and Microsoft celebrated with the launch of a Definitive Edition, which honors it and puts it back into circulation.

The relaunch of this classic PC game has improvements in graphics, sound and gameplay (multiplayer via Xbox Live). Each and every one of the materials, textures and models that made up the original video game were redone.

In addition, Age of Empires: Definitive Edition also includes new recordings of its soundtrack, unreleased mechanics, an increase in the population limit to make the battles more epic and, if that were not enough, an interface redone from scratch. Ideal for those who love to play online.

Apex Legends is a competitive shooter that takes place in patrols of 3 players that fight each other. The Respawn Entertainment battle royale was one of the great surprises of 2019. It is one of the funniest shooters to play with friends and it has changed many mechanics that were present in other battle royales.

It is a totally free game, so you have no excuse to delay your game.

This is what Total War: Warhammer II is all about , the sequel to the hit game that offers fans a spectacular new narrative campaign, set in the vast continents of Lustria, Ulthuan, Naggaroth and Southlands.

Playing as one of the 8 Legendary Lords in 4 iconic races from the world of Warhammer Fantasy Battles, players must succeed in performing a series of powerful arcane rituals in order to stabilize or disrupt The Great Vortex, while thwarting progress. of the other races. Each Legendary Lord has a unique geographic starting position, and each race offers a distinctive new style of play with campaign mechanics, narrative, methods of warfare, armies, monsters, magic lords, legendary characters, and amazing new bombing abilities in the game. battlefield.

It is one of the great online shooters that you can play on PC in 2019. The setting is the First World War. The elements of the saga to highlight are many: it has an impressive graphic section that generates absolute realism and innovates in an incredible destructibility of the scenarios.

In turn, it included the Firestorm game mode, its new battle royale, which brings another dimension to online gaming. It is very entertaining and it will surely captivate you.

Absolve
Absolver is an online multiplayer combat experience in which the ubiquitous Guides, new rulers of the defunct Sultanate of Adal, will put you behind the mask of a Promise to determine your worth, enlisting you in an army of elite minions.

Two features stand out in this game: hand-to-hand combat and interaction between players. Unlike traditional fighting games, the Absolver does not take place in a smaller or larger arena to face one or more adversaries, but the scenario is the vast world that the developers have imagined to frame this new experience.

League of Legends or LoL is the king of MOBAs and has become the main focus of all the esports championships in the world, due to its immense community of online players.

It has numerous mechanics and always presents a new challenge to face. Players compete as a team for games in which they must destroy the enemy team’s base.

It represents the final chapter of 20 years of contention between the best online games for PC among the Mishima. It invites you to discover the unforgettable closure of the family struggle between the members of the Mishima clan, as they try to resolve their ancient disputes and fight to gain control of a global empire, thereby jeopardizing the stability of the world.

The spectacular cinematic sequences of the story blend seamlessly with the brutality of the fights and reveal the intriguing history of the Mishima family in a new way. To the already well-known players Heihachi, Kuma, Paul, Nina, Yoshimitsu, Jin Kazama or Kazuya Mishima, Tekken 7 is joined by new fighters such as Lucky Chloe, Josie Rizal, Gigas, Claudio Serafino or the evil Akuma, who came directly from the Street Fighter universe.

It was the game that marked a before and after in 2010 and 2019. The free battle royale, developed by Epic Games, became a true phenomenon of the moment in the universe of online games. It is a real gem with a dynamic that captivates all ages. The goal is to survive against 99 players on an island. Thrilling.

Need for Speed: Payback
The Need for Speed ​​series once again dominates the speed roads of online PC games in 2017 with Need for Speed: Payback , a game developed by Ghost Games. The argument stands: “Rejoin your gang in the lower depths of the Fortune Valley to take revenge on La Casa, an evil society that is in command of the casinos, criminals and the police of the city. The stakes are high in this corrupt gambling paradise and La Casa always wins, ”announces EA Sports.

To do this, this version allows you to adjust the performance of the five car classes (Race, Drift, Off-road, Acceleration and Escape) to change the tides of competition in any race, mission or challenge. Plus, you can find the world’s abandoned cars and use parts to create your perfect car from scratch.

Day or night, rainy, snowy, sunny or under a luminous moon, more than 200 different tracks spread over 50 locations (dirt, gravel, snow, mud …) await those who dare to explore them with their driving style own (Live Track 3.0).

The Slightly Mad Studios game includes more than 200 vehicles from 40 different classes and eight disciplines, a new physics system, and many improvements for online and eSports. Project Cars 2 (PC2) also has support for PS4 Pro, Project Scorpio and Virtual Reality.

The SEGA hedgehog is back with availability for PCs of this popular saga of platforms. It is developed by the same Sonic Generations development team under the leadership of Takashi Iizuka. It will alternate classic and modern gameplay with 2D and 3D phases on the same level and will feature a new character and a new game component.

Stellaris
The space odyssey that the creators of Crusader Kings and Europa Universalis embark on is a real gift for lovers of high strategy. Paradox Development Studio presents Stellaris, an evolution of the grand strategy genre with space exploration at its core.

Stellaris is challenging gameplay that rewards interstellar exploration as you traverse, discover, interact, and learn more about the multitude of species you’ll encounter on your travels.

The importance of fiber optics in online gaming