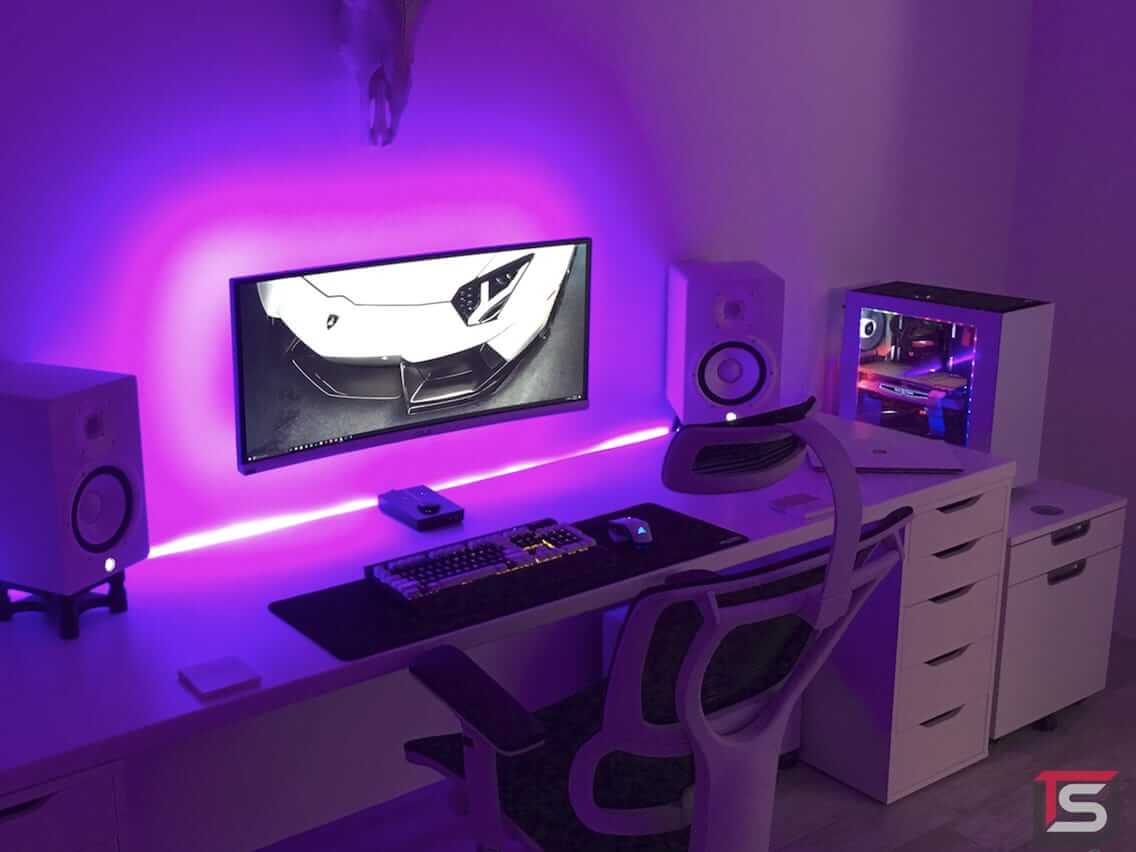 Choosing a PC or laptop to play video games can be a complicated adventure. We share some keys to choose well and be able to enjoy the experience to the fullest.

Over time, the entertainment industry has been one of those that has best been able to reinvent itself and adapt to the demands of the public, incorporating innovations and modernizing its offer thanks to new technologies. Within this framework, the video game sector is undoubtedly one of the ones that took its bet the furthest. Today, looking into the world of PC Gamers or gaming computers is to immerse yourself in a universe that will surprise you.

We propose a tour of the best gaming computers and the best PC games on the market. There are options for all ages and pockets, but it is key to know what technical requirements are necessary for the experience to be as pleasant as the manufacturer planned.

By dint of good releases, they managed to reign in the entertainment universe and displaced the PC for years, which was relegated to other activities such as working, browsing, studying, etc. But the divorce of computers and video games lasted just a few years, until PCs returned with everything to give a worthy battle to surprise and make lovers of digital games fall in love .

So much so that there are many who today consider it to be the ideal entertainment format, far above specialized consoles. It is that the hardware world underwent a great change between 2006 and 2012, due to the introduction of new more efficient architectures in terms of processors. Dual Core, Quad Core, i3, i5, i7… The new PCs introduced exponential improvements in power, size and consumption, even making the console hardware tend to look more and more like a computer.

How to choose a gaming computer

If you are a fan of video games, whether they are action, adventure or online multiplayer role-playing, and you want to build or buy your first gamer computer, keep these keys in mind:

The processor is key . It has to be very fast and support heavy programs. It shouldn’t be less than a dual-core clocked over 2.5GHz, and ideally, for excellent performance, it’s a quad-core. Intel’s third-generation ones are excellent thanks to their Turbo Boost feature.
The graphics card is very important: it is the one that displays the quality of the image of a game. For acceptable performance, you can look for cards starting at 512MB, but 1GB and up is recommended. The best gaming computers have up to 2GB of graphics cards.

If you were looking for a powerful graphics card you will also need a lot of RAM . External cards share a portion of this memory and use it to display graphics. It is recommended from 6GB of memory onwards. With 8GB you achieve excellent performance and, with 16GB, superior performance.
It is also important that the Gamer PC has a good video card (internal or external: it can be nvidia or geforce); and a good sound card.

Display : Most are 720p HD already, but a Full HD would be better. You can read: Monitor features: what you should know .
Large hard drive , as games are generally very heavy. You can read: SSD vs HDD: types of disks for notebook and PC .
Portability: In the past, a gaming laptop was heavy and big. That changed: you can get some light and very thin.
Ports: the gamer generally has many accessories for his video games, from headphones with microphone , the mouse , the controls , etc. You will need to have several ports that integrate the new technologies in speed.

Advantages of playing on PC

The games are cheaper, since there are no royalties to be paid to the companies that own the consoles.
You can update and replace components whenever you want, and not when Microsoft or Sony decide.
You can choose which graphical enhancements to play with.
The controls are cheaper and there are for all prices.

Backward compatibility: generally accept all games, from 1980 to today. You have all generations of games on a single device.
Crowd of indie games. Very popular games have emerged on PC thanks to small developers and the openness of the platform. The most successful ones end up on the console, like Minecraft or Limbo.
A PC is good for much more than just gaming. It’s like having a console on your computer. You save money.

The best games for PC

The number of PC games is huge. We tell you which are the best according to experts:

This videogame with which Bio ware resumed the path of role-playing and action games already has its patch 1.09 created to improve stability and facial animations. In this game, the adventure leads us to become a soldier who is part of an elite troop, and who is in charge of the mission of traveling the Universe, looking for a new home for humanity in an unexplored galaxy. The hope of humanity is in our hands.

Coming to the eleventh installment of this Capcom survival horror saga, this great videogame that once knew how to be the king of online games and PC games has been reinvented and shows that it is still a classic alive.

Biohazard has been designed as a return to the way that gamer fans fell in love with. Instead of the new blockbusters, the game offers intimate horror with a well-focused scope and all the trimmings one would expect from a survival game. There are no superfluous skill trees or pointless search quests, just the stomach-churning tension of guiding a relatively helpless character through a nightmare while awake.

This apocalyptic PC video game takes us back to the year 2287. The Third World War broke out in 2077 and the world was completely devastated by nuclear bombs. In the middle of the ruins of civilization, the protagonist manages to escape from an underground bunker and comes to the surface finding a completely devastated Massachusetts. All the seasonings of action movies are present in this game. Each gamer can configure their own story, managing the hundreds of missions as they prefer and creating a universe in which they can do whatever they want.

Quake Champions is an exclusive FPS (First Person Shooter, that is, a first person shooter video game) for the computer with which its developers “id Software” and “Bethesda Softworks”, two great PC games, try to return to the essence of this saga, but incorporating new elements.

Unlike what happens with other video games, Quake Champions has been designed exclusively for PC. From the firm “id Software” they explain that one of the main reasons for this decision has to do with the technical limitations that the game would have to face if it was also developed for consoles.

Continuing the story of Gabriel Angelos, head of the Space Marine group known as the Blood Ravens, Dawn of War III focuses on the search for an artifact of the god Eldar Khaine. We can choose between the classic races of Orks, Eldar or Space Marines seeing each of their perspectives and understanding why an interplanetary war is worthwhile.

Matches start with a lot of momentum and expand rapidly before settling into a smooth balance over long stretches that no doubt keep the players trapped. Careful control of elite warriors on the front line is essential, making it necessary to constantly nurture your base and upgrade upgrades for armies.

This is a special game for lovers of the most comprehensive game interaction experiences, where you must control what happens in real time plus what will come in the future and choose the best options for each case.

WhatsApp Delta: what is it and why to think twice before downloading it

The importance of fiber optics in online gaming

Which iPad is Right for You?

How to build your gaming PC

NASA’s DART mission successfully crashes a spacecraft into an asteroid