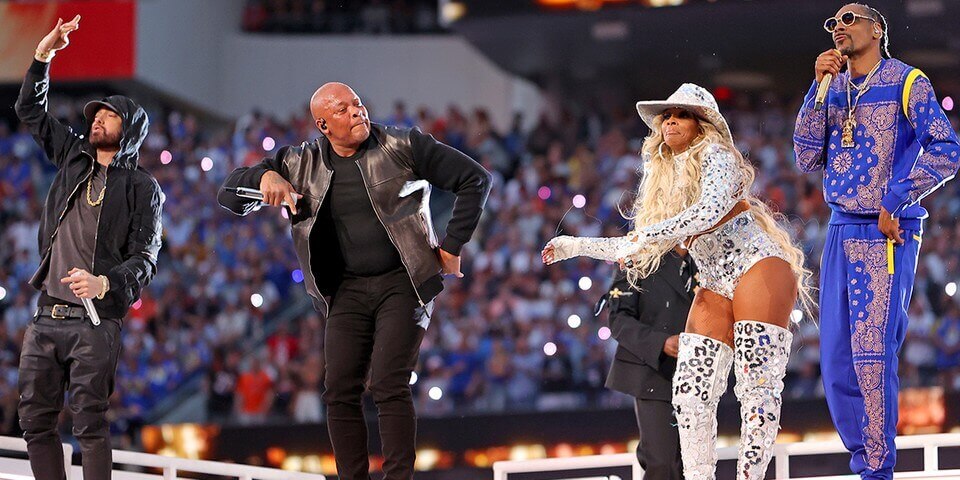 Apple takes the place of Pepsi and will be the sponsor of the halftime show of the Super Bowl
Apple Music and the National Football League (NFL) have reached a multi-million dollar agreement. With this Apple becomes the sponsor of the Super Bowl halftime show. The league indicated that this sponsorship will begin with the American Football Championship Game, which takes place on February 12, 2023.

Pepsi announced last May that it was ending its contract with the NFL after being the sponsor of the show for the last decade. While they forgo the halftime show, Pepsi remains a sponsor of the event. Now Apple Music is the partner of the most watched event on North American television.

The “halftime show” has had the participation of renowned artists such as The Weekend, Jennifer Lopez, Shakira, Beyoncé, Justin Timberlake, Lady Gaga, Katy Perry, Bruno Mars, Prince and Madonna. In the case of the Super Bowl LVI show, a meeting held in February of this year, it was seen by more than 120 million viewers. The show featured performances by Dr. Dre, Snoop Dogg, Eminem, Mary J. Blige, and Kendrick Lamar

Apple becomes the sponsor of the Super Bowl halftime show

“We are proud to welcome Apple Music to the NFL family as our newest partner for the iconic Super Bowl halftime show,” Nana-Yaw Asamoah, senior vice president of strategy, said in a statement. from NFL partners. Reuters noted that the financial terms of the deal were not specified.

For his part, Oliver Schussed, vice president of Apple Music and Beats stressed that “music and sports hold a special place in our hearts. So we’re very excited to have Apple Music be a part of the bigger stage in music and football.”

The artists for the upcoming event have not been announced, but Schussed noted that “we look forward to even more epic performances next year and beyond with the Apple Music Super Bowl Halftime Show.”

How much does Android app development cost?

How to make money with your app: free vs paid