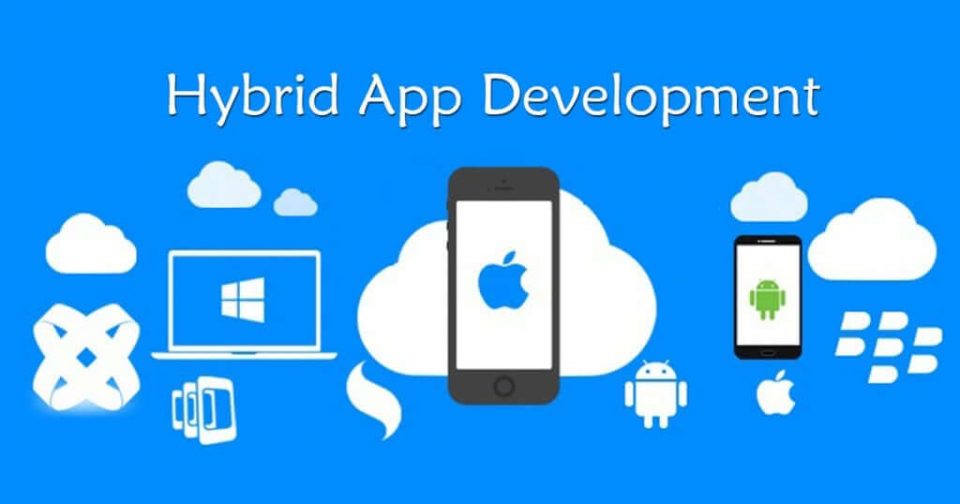 The development of mobile applications using web technologies has revolutionized the mobile development market. This is because this type of technology allows you to take advantage of the best features of native development, in addition to all the power and facilities offered by web technology.

Hybrid technology was born to reduce costs, time and facilitate the learning and development of mobile applications , also providing the possibility of creating websites with these developments. For this reason, we could say that this type of application is totally multiplatform (Mobile, Tablet, Computer, TV…). With the development of a single code we can generate applications for the desired platforms. In the case of mobile, for Android and iOS.

hybrid mobile app development has a much smoother learning curve than native development. For native development, it is required to have knowledge of programming languages ​​such as Java / Kotlin / XML for Android, and Swift / Objective-C for iOS, in addition to the specific tools and features of each platform. This implies higher costs by having to have specific personnel for Android and iOS, an increase in development time and having to coordinate the design so that it is as similar as possible on both platforms.

Depending on the project, it will be necessary to assess the creation of a native or hybrid development, as well as the type of technologies and resources required by the project. Hybrid mobile app Native development provides complete integration with the operating system and, in terms of power, it is usually more powerful at the cost of more costs, time, possible errors, etc.

In the case of hybrid applications, it will be necessary to have certain more specific knowledge of the framework or frameworks that compose it, and this will depend on the language on which it is based (JavaScript, ECMAScript, TypeScript, Dart…), in addition to other knowledge of HTML5 , CSS3 (in many cases together with SASS), JavaScript, as well as the Front-End tools used (Webpack, npm, Gulp, testing tools…).

After this short generic introduction to some of the differences between native apps and hybrid apps, we are now going to briefly review the most famous frameworks for hybrid mobile app development; those with the greatest support and development from the community. Most of these hybrid app frameworks below use Cordova or PhoneGap to generate the apps.

Phone Gap, which belongs to Adobe Systems, allows you to develop hybrid applications using HTML5, CSS3 and JavaScript web technology. It uses an API that allows access to hardware elements of the system such as the camera, storage, accelerometer, etc. It allows integration with other frameworks such as jQuery Mobile, etc. Apache Cordova is the open source version of Phone Gap, the main difference between these two frameworks is that Phone Gap has access to the Adobe Creative Cloud compilation service allowing the application to be compiled for the desired operating system and independent of the operating system where it is developed. .

hybrid mobile app Contrary to other frameworks mentioned below that deal with the interface part, Phone Gap/Apache Cordova takes care of the integration within the mobile operating system and giving access to its services. So you will probably use it together with one of these frameworks , which in many cases only offer the user interface part in HTML, CSS and JavaScript.

JQuery mobile has a long experience in this world of hybrid applications. It only integrates the jQuery framework based on JavaScript. Its learning curve is very low, especially if you already have knowledge of jQuery and JavaScript. It has fallen a bit behind in terms of power and design when compared to the rest of the new frameworks on the market, but jQuery Mobile can also be used in parallel with other design frameworks such as Bootstrap, Materialize, etc.

It is always a good option for hybrid application interface development, but it will surely be necessary to use another series of libraries or plugins to improve its design or functionalities, since it does not contain a design designed according to the design standards of current mobile platforms.

It is one of the most famous frameworks for hybrid application development. In its beginnings, Ionic used the AngujarJS framework and PhoneGap for the part of integration with mobile platforms. However, in its latest versions (currently its latest version is Ionic 4) it has been incorporating new Front-End frameworks with which to develop. Currently it allows its development with the most famous: Angular, React, Vue.JS.

Ionic integrates a layout layer with css styles and resources like icons etc. These styles can be adapted to the design standards of the Android and iOS platforms. Another of its many advantages is that Ionic has its own development IDE that will make it easier for us to design and program applications.

React Native is a framework for building hybrid apps that is based on JavaScript and a set of components from the ReactJS framework . Currently it is also one of the most famous, and has a large development community. It is part of very powerful and well-known applications, such as Facebook, Pinterest, Skype or Instagram.

In 2018, the company Airbnb was forced to cancel a project that it had been developing for 2 years with React Native because this framework is not mature for large-scale projects due to many problems in its version updates, inconsistency errors, etc.

Despite all these problems, React Native is a good choice as it has a powerful development team behind it: a team inside Facebook. This provides a long-term support and development guarantee. In addition, revisions of React Native are made every month, correcting errors or providing new features and improvements.

Framework 7 is not one of the best known, but it has the advantage that it is completely independent and therefore has no external dependencies on frameworks such as Angular or React. In its design section it is similar to Ionic, providing a design adjusted to the design standards of Android and iOS depending on the platform on which it runs.

This framework has a lower learning curve than React Native and Ionic thanks to the fact that hybrid applications can be made using simply HTML5, CSS3 and JavaScript. However Framework 7 also allows its development with Vue.JS or React if we are interested. For emulation and execution requires the combination with Cordova or Phone Gap.

Native Script allows the development of native applications using JavaScript and TypeScript. It also allows development using the Angular Framework, and in its latest version the possibility of developing using the Vue.js Framework has also been incorporated. Native Script builds truly native apps, using the same APIs you’d have available from Android Studio (Native Development Environment for Android) and XCode (Apple’s IDE for native development on iOS). It even allows access to third-party native libraries, thus providing greater capabilities in terms of application performance and capabilities. Its biggest drawback is that the development of user interfaces is more complex (it is XML, not HTML), as well as the abstractions necessary to access the native code independently of the system.

What are low code development platforms?

What are Progressive Web Apps and what are their features?

Essential technologies in the workplace of the future

How to Identify Your Target Audience: Your Instagram Growth Strategy Guide

What is MBaaS – Mobile backend as a service and who uses it?