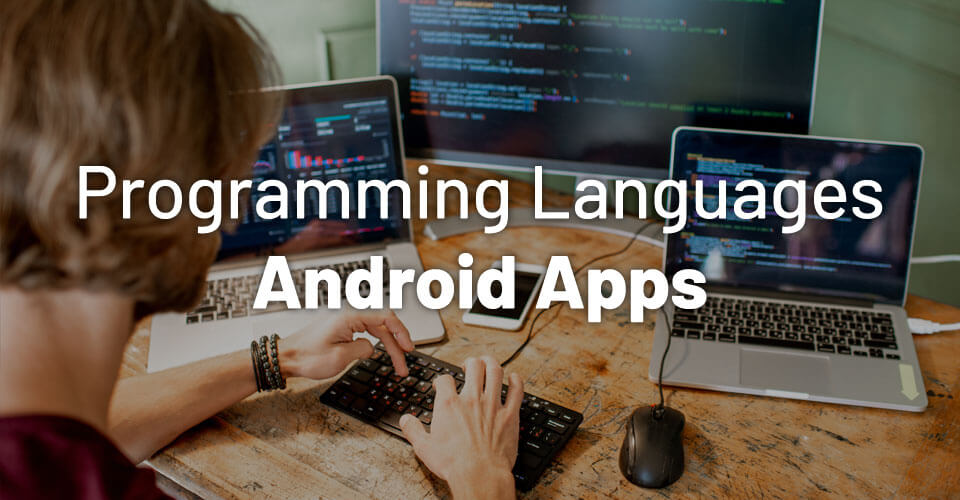 In this age of the Internet and technology, everyone is connected to the digital world. Different people use different devices; however, the priority for most users is to select portable devices such as mobile phones and tablets. As the user base of these devices grows, so does the need to develop amazing and functional apps for these devices.

If we look at the number of users of different mobile phones globally, Android users make up more than 70% of the total. It means that there is a great need to develop Android apps as they are used on phones, tablets and some other devices.

So, here we will discuss the top 10 programming languages ​​for building Android apps that you can use right now.

Before jumping straight into programming languages, it’s best to get an overview, as most people don’t know what Android is beyond knowing that their phones run Android. So, Android is an open source operating system based on Linux, and it is made for mobile phones and tablets.

What makes Android so special is that it provides a unified approach for developers as they just need to develop an app that works well on all Android mobile phones with compatible versions of Android.

Android was released in 2008 and since then it has gone through many major software improvements and version updates. However, being open source means that its code is freely available, so everyone can use it.

The benefits of Android that you should know

While Android is used by many people around the world today, it brings amazing benefits to everyone, including users and developers. So, these are some of the benefits of Android that you can experience as a developer.

Speaking of rich development environments, there are many programming languages ​​that you can use to develop awesome Android apps. However, not all of them are as good as they should be.

There are many languages ​​that you can use to develop Android apps, and Kotlin is one of them. The amazing thing is that it’s not even that old compared to some of the languages ​​that are decades old. It’s also one of the reasons why Kotlin is at the top of our list.

Well, it’s the amazing features and options that Kotlin offers that have helped it gain a lot of popularity in such a short time. It is developed as an alternative to Java, and has now become the official language for developing Android apps.

In terms of development experience, it provides easy coding with code instances that are not very long.

Java is the most popular language for developing Android applications. It has been there for decades, which means that it has a large community of developers currently active.

Java has a large community of developers because you can develop applications and software for all kinds of devices, such as computer applications, websites, and mobile applications.

Since it has a large active community, you can learn it today and you will easily find help for your problem with the help of this community.

Each programming language has its specialty and what is special about Lua is that it is amazing for game developers.

So, if you are looking to develop a game for Android devices, then selecting Lua might be the best decision for you. It is especially good for developing simpler games as it is very easy to use and open source.

However, if your goal is beyond simple game development and you want to develop some complex Android games, it might not be the best option.

Beginners Multipurpose Instruction Symbolic Code or BASIC is the language that is made for beginners. So, if you are a beginner and want to get started with Android development, it can be an amazing option. One thing to consider here is that you can only develop some simple applications using this language as many features are not supported.

It is the best Android development language for non-developers looking to develop an app on their own. In this case, using some managed backend with the app will be the best option as it will make the experience better and simpler.

One of the reasons for this is that C# has been around for over 2 decades. It has matured over the years. So, if you are looking to develop an amazing Android app with a lot of features, it can be the best option.

C++ is another mature programming language that you can use to develop awesome feature packed Android apps.

Here you cannot develop the entire application in C++, as you will need to use the NDK to develop applications. One of the great things about using C++ for Android development is that you can use the libraries to add functionality to your applications.

So, if you have a good grasp on C++, then using it to develop Android apps might be the best decision for you.

Sometimes you need to develop an Android app that is more than just an Android app. These are usually known as cross-platform apps that work on other devices and operating systems as well.

Xamarin is one of the best options to develop these types of applications for your Android devices with all the native features. It comes with many features and benefits, which makes the app development process faster and easier.

Here you can also reuse code and share code between applications for similar functions.

React Native is another awesome way to build cross-platform apps for your Android devices. When an app is developed here, it provides a lot of value to the user and developer. For the user, the applications work very well and have almost all the native features.

Speaking of cross-platform app development, you can try many options, and Ionic is one of the most popular options. It is a free and open source framework that anyone can use, and here you will develop the Android apps using HTML, CSS and JavaScript.

When you develop Android apps with Ionic, there are no features to miss out on. It supports animations, gestures, elements, and many other things to make apps look attractive. The framework also integrates with other libraries to add additional functionality to your applications, making the entire development process easier.

Flutter provides cross-platform app development features, which means that the apps developed here can work on different platforms. It uses the Dart programming language that comes with an extensive library of tools that can make applications look very attractive in terms of design.

Not only this, but Dart also allows you to develop apps with all the features you’ll ever need. So, in general, we can say that the development process will be very productive with greater efficiency of the applications. Flutter also offers amazing customization options to build even better apps.

With a large number of users currently using Android devices as their primary device, we can say that Android app development has a huge scope.

Here we have discussed Android and the top 10 programming languages ​​that you can use to develop Android apps.

Cybercrimes and steps to prevent and control

Why use a VPN when working from home?

The main social media trends in 2022 for your business

How to send big files for free?

How to Include Remote Team Members in the Day-to-Day