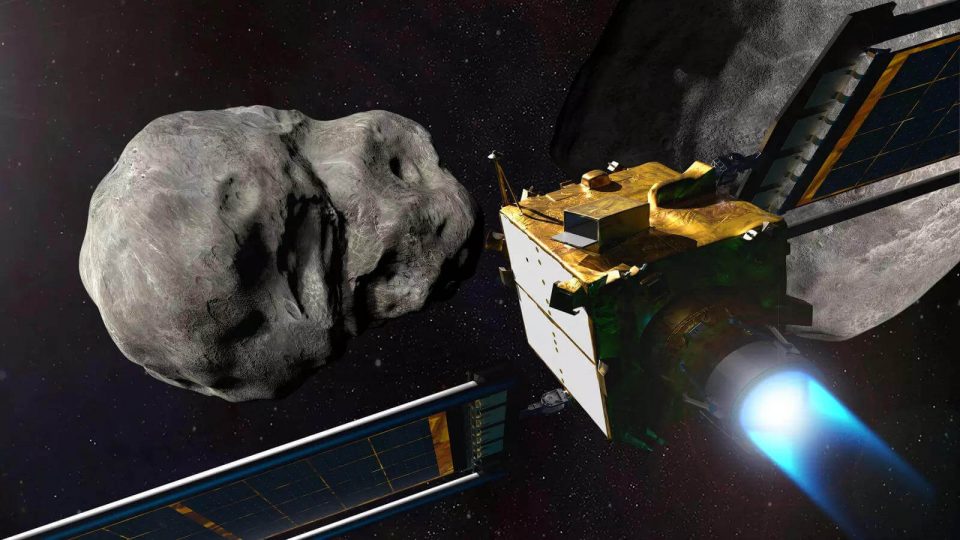 The impact occurred at 7:14 p.m. ET as planned, and there were cheers at NASA Mission Control in Laurel, Maryland, as people watched the historic mission, the first of its kind anywhere in the world.

While asteroid Dimorphs was not at risk of hitting Earth, this demonstration could determine how to deflect space rocks that could pose a threat to Earth in the future.

It will be some time before NASA can determine whether the impact was able to successfully change the asteroid’s orbit, a critical goal of the mission.

“We are embarking on a new era of humanity, an era where we potentially have the ability to protect ourselves from something like a dangerous asteroid impact,” said Lori Glaze, director of NASA’s Planetary Science Division. “What an amazing thing. We’ve never had that ability before.”

After the successful DART crash, the science is just beginning

For the first time in history, NASA is trying to change the motion of a natural celestial body in space. Now that a spacecraft has successfully hit the asteroid Dimorphs, the science is just beginning.

To assess the consequences of the impact, the European Space Agency’s Hera mission will be launched in 2024. The spacecraft, along with two CubeSats, will arrive at the asteroid system two years later.

Hera will study both asteroids, measure the physical properties of Dimorphs, and examine the DART impact crater and the moon’s orbit, with the goal of establishing an effective planetary defense strategy.

How likely is it for an asteroid to hit Earth?

The Italian Space Agency’s Light Italian CubeSat for Imaging of Asteroids satellite, or LICIACube, will fly by Dimorphs to capture images and video of the impact plume as it exits the asteroid and perhaps even spy on the crater it might leave behind. The minisatellite will also glimpse the opposite hemisphere of Dimorphs, which DART will not be able to see before it is obliterated.

The CubeSat will rotate to keep its cameras pointed at Dimorphs as it flies by. Days, weeks and months later, we will see images and videos captured by the Italian satellite that observed the collision event. The first images expected from LICIACube could show the moment of impact and the column it creates.

The LICIACube will not be the only observer watching. The James Webb Space Telescope, the Hubble Space Telescope and NASA’s Lucy mission will observe the impact. The Didymos system may glow as its dust and debris are expelled into space, said Statler, a NASA program scientist.

But ground-based telescopes will be key to determining whether DART successfully changed Dimorphous’ motion.